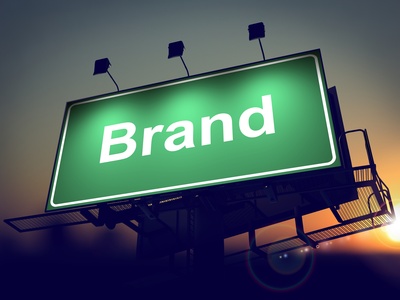 Once you’ve decided on a topic for your website or online business you may be trying to figure out how and what to name it. In my experience, choosing a good name can be quite challenging and take some time for me to come up with something I really like and can stand behind. Occasionally after a bit of time I end up disliking a name enough that I will change it later on which can be a frustrating, time consuming and costly process.

I’m going to share my experiences naming some websites and offer some suggestions that I have found helpful so hopefully it will be easier for you to choose what to name your own website.

At the end of this post, I’m also going to share why and how I picked the name for this site and what it means to me personally.

I also want to preface this post by saying these experiences are geared around the concept of creating a sustainable website and online business instead of one focused solely on getting search traffic to a site that is somewhat disposable, in which case picking a keyword-heavy domain name might be more important. If that’s what you’re after, you may as well head on over to GoDaddy now to start searching for domain names.

Should The Name Be Descriptive?

Years back when I first started doing things online, most of the website names I created were descriptive of what the websites offered, such as “Land Rover Classifieds” or “Belize Real Estate” (both are sites which I no longer own) and I picked a corresponding domain name for them that used the name in the domain.

I also still use this method sometimes, if I can find a name that I like and a domain that is available, which has become increasingly difficult as more and more sites are being launched.

Pros of A Descriptive Name:

Cons of A Descriptive Name:

Opinion: The Name Doesn’t Matter (That Much)

At one point I struggled with feeling that I had to have a super cool name that not only sounded good, but was easy for people to remember and pronounce. I found this a really aggravating and time consuming process that held me back from the first step toward success – get it going!

Over the years working with companies as a consultant I have been introduced to a number of different names for companies, products and services, and during this time I saw that name really didn’t matter all that much with the exception that it has to be something people can pronounce and spell fairly easily.

What really mattered was how well the company promoted themselves or their services and whether their product or service was good.

A Few Examples Why The Name Doesn’t Matter Much

There are many, many names of large businesses that just go to show you that picking a name is much less important to your customer than it is for you. If your customer doesn’t care so much what it’s named then why do you, other than having to be happy with it. Here’s a few of my favorite ones:

The word “google” didn’t even exist and meant absolutely nothing until a couple geeks started a then-revolutionary concept in a garage and grew it into one of the largest world-wide companies. Now it basically is understood by anyone not living under a rock that it means “to search the web.”

Xerox is a brand name non-word based on a shorter version of Xerography which is basically a made up word for a technical process to copy documents, combined out of 2 latin words. While the company name has some roots in other words with actual meaning, probably not a single customer cared, even if they did find out the meaning. That didn’t stop Xerox (I still want to type it with a “z” every time!) from becoming synonymous with the process of creating a photo-copy.

This fun video goes to show the power of a name that at once meant nothing. It is a reenactment based on actual transcripts taken during a law-suit. It’s just over 6 minutes long, but the ending says it all.

My point is both of these company names were chosen from a basis that meant something to the founders, but most people have no idea what the meanings are, and really don’t care. People probably won’t care too much what you name your website or company as long as you offer them value with something they do care about.

Be Aware Of Spelling & Pronunciation

This being said, names that are hard to pronounce or spelled funny will have more of a hurdle to overcome than those which don’t. In the case of websites and online businesses links are very valuable to obtain and if your name is spelled oddly the chance of it being misspelled in the link goes up. It also makes it harder for people to type your name into the search engines or the URL bar in browsers so keep this in mind.

Would you rather spend time explaining to people how to spell or pronounce your website name, or telling them what it’s about and why it could be valuable to them?

Behind the scenes: I almost named this site Monetizerr but decided I would have to fight the spelling too much, and it was too much “me-too” from Fiverr.

Sure, Google, Xerox and others have pulled it off. You can too! But consider whether you are wanting to deal with the potential challenges.

The Only Thing That Matters In A Website Name

In my opinion, the only thing that matters about the name is whether you like it and can get behind it. Beachfront Solutions does that for me, and I’ll explain why in just a bit. Find something that you can get behind and means something to you. Just like Google and Xerox and countless others have and go with it!

Should You Pick dot Com, Net, Org, Co, Biz, Or Others

I am a strong proponent of only using only a .com domain for real businesses. They can be much more difficult to find a good one that is available and in some cases I have even purchased existing ones (although I never spent too much) if I had enough of a desire to have a specific one.

.Org domains can be a good choice for non-profits, which they were intended to be used for, or again people who are just looking for keyword heavy domains where a .com is not available.

If you are picking a name for a website focusing on a specific country, you may want to look at domains available with your country-specific extension.

My personal opinion is that while there are lots of domain extensions available and they’ve been around for a while, most people still think of .com when they think of web sites, so having that as your domain extension has a better potential for people to remember it. Since this is the case, if people forget and think you’re the dot com version (and you don’t own and redirect that) you could end up building more branding for a potential competitor.

How I Picked “Beachfront Solutions”

Here’s how I came about to picking Beachfront Solutions as the name for this site. It’s kind of a roundabout story, but I want to share every step of it.

I Changed The Name 1 Month After Starting

Originally, I was trying to find a descriptive name for my site. I made a list of a bunch of different ideas from topics like Internet Marketing, Affiliate Marketing and even some Make Money Online variants. I didn’t like most of them, because they all sounded way too much like some online scam. So I decided to try to categorize what I was doing, and came up with “Passive Income” as the summary of what I am building and hoping to each others how to build also.

So then I went on my search for domain names that might work with that idea. I also looked up some keyword search volume to see if I could find a descriptive name with the key words so I might have a better chance of showing up in search results in the short term. I ended up with “Passive Income Idea” and the .com version of it passiveincomeidea.com which now just redirects to this site.

It just didn’t feel genuine to me. It was nagging at me every time I looked at it because what I am trying to do is build something that is completely legitimate, genuine and not scammy sounding. I stuck with it while trying to think of other names because it was important to me to get the ball rolling instead of feeling stuck on the name.

I Asked My Friends

When you’re looking for an opinion on something, who better to ask than your friends if you want an honest opinion. So I turned to a few of my closest friends and asked their thoughts on a proposed name change to “Beachfront Solutions” and most of them unanimously agreed about changing the name, although not necessarily to that.

I got a few ideas and made a short list of ones I liked:

It sounded fun and somewhat descriptive. It also could limit itself and date itself to “that time when web names had 2 r’s at the end” along with having a potential for spelling errors. If I could have gotten the single-r version of it, I would have seriously considered it. So scratch this one.

My good friend Mike who owns First Plan and has had a ton of business experience and currently consults with anywhere from small companies to government organizations on how to improve their sales process suggested these two and some others. I really liked these two because they were close to what I was going for and value Mike’s input so I put them on the short list.

Why I Ended Up With “Beachfront Solutions”

When I floated the new name past my friend Greg who I’ve known for a long, long time, his response was 90% of what convinced me to go with Beachfront Solutions:

That’s a very cool way to go about explaining that as your dream, your solution, and how you can help make it work for the average guy like me, too. – Greg

What Sealed The Deal

What really convinced me on using Beachfront Solutions was a combination of 3 things other than Greg’s comment which by the way, is right on the money for what I’m trying to accomplish.

Here’s the 3 other things:

1. Beachfront is my dream and lifestyle. I can get behind that.

2. My method is a solution.

I know it works. It’s not a dream or a fantasy. I have proven it. I have helped others create or increase income from their sites and I know other real people who are doing it on their own also.

Not only is Beachfront Solutions the name of this site it is the name of an actual company registered with the IRS and all the required government entities. This was the company name before I came up with this concept, but it just fit – sometimes things just are meant to be.

That’s Enough About Me. What About You?

How did you choose your website and/or company name? Maybe you’re still trying to decide on a name. I’d love to hear about it so please don’t be shy and leave a comment below.